A few weeks ago we posted a case study about how one manufacturer used the i-Alert2 to ensure his plant would stay up and running while one of his two cooling tower pumps left the site for repairs. My team and I visited Bill Bushman at Schoeneck Container to see his operation, and hear about his experience with the i-Alert2.

In a critical systems like the cooling tower and chilled water systems, all of our pumping and compressed air,
we've got to maintain a primary and backup system since we're a 24-7 operation. Some years, based on customer demand, we might not have a planned shut down, so we've got to have systems in place that can support us 24-7, and not allow any downtime to the production lines.

The first pump it was truly the amount of vibration that you can actually feel through the the floor where the pump was mounted to the pump base itself. We could identify a vibration even after an alignment.

There was an issue of an ongoing vibration problem that the only way to identify it was to pull the pump apart and inspect it and see what was truly going on. The maintenance records weren't clear on when the last time a complete overhaul was done on that particular pump so it was time for a complete teardown and inspection.

Hi I'm Chris Johnson from Crane Engineering. Initially we were going to try and do it in place but when you open up a split case pump, it can be a can of worms. All of a sudden he could have half a pump sitting there waiting on parts and pieces and waiting for things to be made and manufactured. Doing it in house is a lot easier. You have all the right tools to do it.

Both pumps were in similar condition, they both had vibration issues so we decided let's take the worst one out of two and hope the other one holds out until the first one is completed. The whole point of putting in the i-Alert2 on that that second pump was for peace of mind, so we could monitor that pump while the other pump was in the shop. If we noticed an increase in vibration, or performance issues that started to
trend using the trending portion of the application, we could say this repair has gone from just the normal timeframe of repair to an emergency repair.

I would definitely advise for the i-Alert2, just for the point that we've had vibration analysis tools to use in the
past but they were just a point of use type tools where you put them on for a short period of time, you take some readings and move it from machine to machine, but you're just capturing such a small snapshot of that operating condition. The i-Alert 2 is always on that piece of equipment. It's relatively inexpensive, you can go
to it every day, or every other day, or make out a certain schedule that you're going to download the settings and the run data and see your trend. It's not something you have to hook up and takeoff every day so the convenience of it is really the key point. 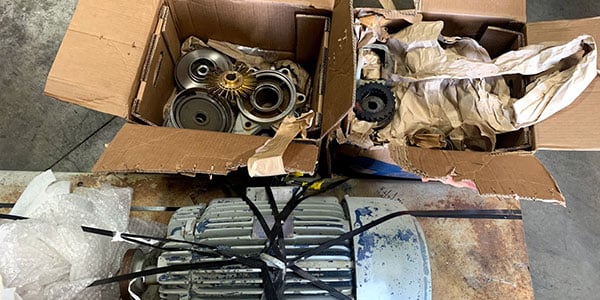 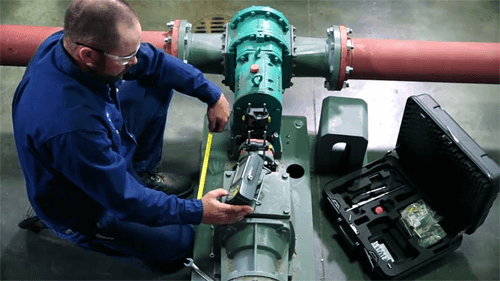