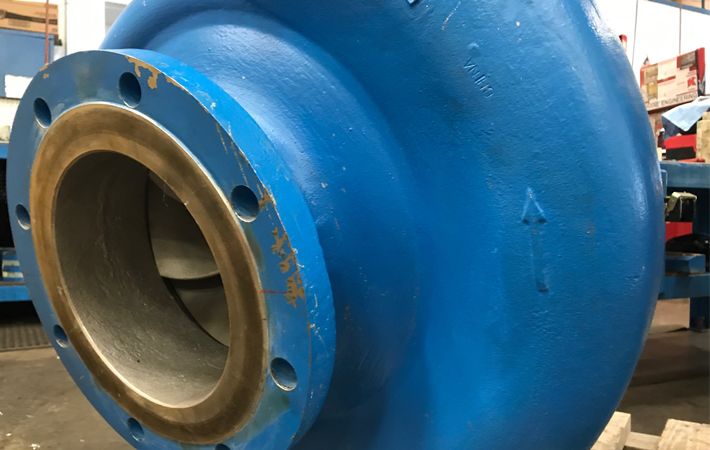 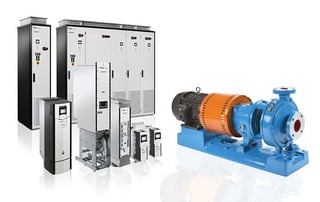 As we were setting up for a video product review of the PumpSmart 220, we realized we had a problem. The pump's impeller turned backward. I asked Chris Holland, Sr. Fluid Sales Engineer, "what does that mean for our demo?"

Honestly, I half expected the water to run in reverse through the pump, the suction becoming the discharge, and the discharge becoming the suction. This can work for positive displacement pumps, but with centrifugal pumps, apparently, that's not the case. So what DOES happen if a pump impeller rotation is reversed?

How could this happen?

The chance for a pump to run backward occurs most commonly with applications utilizing three-phase power when installing a new pump and electric motor, replacing a motor, changing a starter, or adding a VFD.

Before coupling the motor to the pump, run a "bump test" to ensure the shaft is turning the right way. A bump test is a quick power on/off so the rotation of the shaft can be seen. With three-phase power, there are three wires on the lead that connects to the pump’s motor. Connect them to the motor and run the bump test.

Check the casing for indication of rotational direction. In most cases, when looking at the impeller from the coupling side, the shaft turns clockwise. If the bump test results in the opposite, switch two of the three wires, then run the test again.

Chris Holland demonstrated the test for me and it was clear, the shaft was turning backward.

Why does impeller direction matter? Flow doesn't reverse through the pump, so what's the problem? Running the pump backward definitely has adverse effects.

Pumps that have threaded impellers can unthread inside the casing when run in reverse. With tight clearances inside the casing, the impeller and shaft can act like a car jack on the pump internals. The impeller can be galled, casing damaged, thrust bearing, and mechanical seal destroyed. Be sure that even when bump testing the motor, the pump is not coupled!

Here’s a great demonstration from Grundfos that shows how a pump will operate off the designed performance curve if the impeller is set up to run in reverse.

In our example, we could see with a flow meter that the amount of flow was drastically reduced. The PumpSmart 220 was programmed to run the motor at a speed that should have generated 15 GPM. In reality, the pump was generating only 8-9 GPM. Chris said this is to be expected, as a pump running in reverse will still impart pressure to the fluid, but at substantially lower pressure and approximately half the expected flow.

With some pumps, operating in this manner temporarily may not cause an immediate issue. Large pumps and motors, however, can have catastrophic failure if operated in reverse.

We were able to fix this problem quickly with a reference to PumpSmart's operations manual. We found the setting that would allow us to change the direction of the impeller. The flow on the flow meter now matched PumpSmart's expected output.

If the pump does not have a PumpSmart VFD, switch any of the two leads at the terminal box or other point in the electrical system. The impeller should then rotate in the correct direction.

When installing a new motor, be conscious of the shaft's rotation. Best case you get less flow than expected, in the worst case you get to buy a new pump! If you're unsure, contact a local distributor who is well versed in pump installation.

Problems with pump installation? Ask us about it! We gladly provide technical assistance to businesses and municipalities in Wisconsin, Minnesota and upper Michigan.