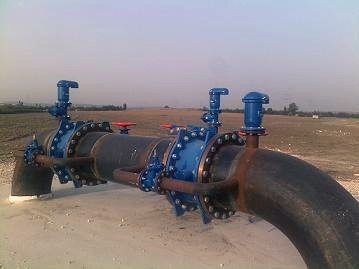 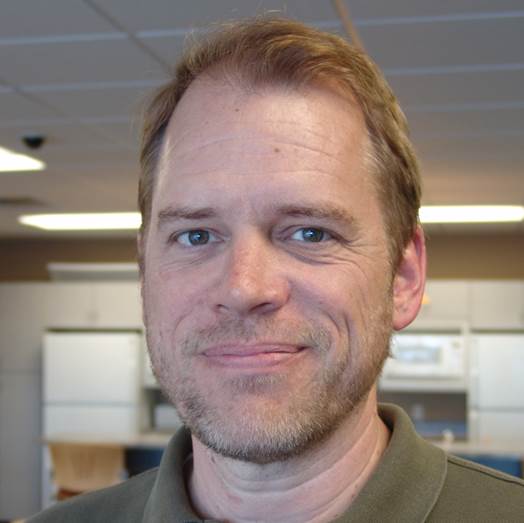 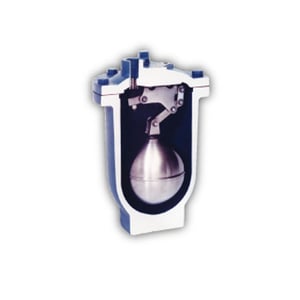 An automatic air release valve provides a critical role in pressurized piping systems. In this blog post, we will discuss the best industries and applications for air release valves, their key advantages, and even some disadvantages.

Air trapped in a pipeline will naturally rise and collect at high points within the system. This trapped air can cause pump failures, faulty instrumentation readings, corrosion, flow issues, and water hammer or pressure surges. Unnecessary air in the pipeline also makes the pump work harder, resulting in additional energy consumption.

Oftentimes, the air in the pipelines is not due to improper installation of the pipes or supplemental equipment, but instead, a failure to properly de-aerate the line.

Air in the pipeline comes from 3 primary sources:

As the fluid is forced through the restricted pipe, its velocity increases. As the velocity increases, it’s possible that all or part of the air pocket will break away and be carried downstream. This causes a high-pressure surge or water hammer.

Pressure surges and water hammer can cause serious damage to pumps, valves, and pipes. This is the biggest consequence of allowing air to accumulate in system high points.

The purpose of air release valves is to continually release excess air out of the system, resulting in smooth and efficient operation.

HOW DO THEY WORK?

Automatic air release valves are installed at the highest points in a pipeline where air naturally collects. Air bubbles enter the valve and displace the liquid inside, lowering the liquid level. When the level drops to where it no longer buoys the float, the float drops. This motion pulls the seat away from the orifice, triggering the valve to open and vent the accumulated air into the atmosphere.

As the air is vented, liquid re-enters the valve, once again buoying the float, lifting it until the seat presses against the orifice, closing the valve. This cycle automatically repeats as often as necessary to maintain an air-free system.

Proper installation is critical to the operation of air release valves. Because these valves are designed to release air from the piping system, they should be placed where the air is most likely to collect. Install them at system high points in the vertical position with the inlet down. Remember to add a shut-off valve below the valve in the event servicing is required.

Water pipelines and sewer force mains are popular areas to find air release valves. If correctly installed, you should see them at the peaks and high points of the system. Sometimes they might be slightly downstream or paired with a combination air/vacuum valve. Air release valves are ideal for any type of closed-loop or pressurized piping that can entrap air.

Air release valves have small orifices when compared with other types of air valves. Therefore, they’re best for applications with smaller volumes of air to exhaust. 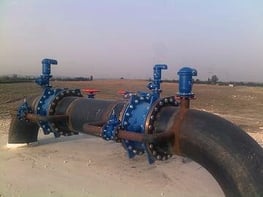 Air release valves protect the pipeline system and maintain its efficiency. These valves are perfect for quickly venting large volumes of air during filling or startup. They also allow air back into the pipeline during emptying. This is important because some pipe materials can collapse under negative pressure.

Once an air release valve is installed, it constantly operates automatically.

If a pipeline is filled or emptied too quickly, an air release valve does not always keep up with the air flow demands. You must size the valve correctly for your application.

When air is allowed to accumulate in pumping systems, the risk for damage to mechanical equipment is heightened and efficiency is sacrificed. If a pumping system is experiencing pressure surges and lowered efficiency, implementing air release valves might be a good place to start.

Do you have a pipeline that might need an air release valve? Make sure you get the right valve for the job by talking to an experienced engineer.

If you need help selecting the right pump for your application, ask us about it! We gladly provide technical assistance to businesses in Wisconsin, Minnesota, Iowa, and Upper Michigan.

Valve Selection for Slurry Service: Not a Perfect Science