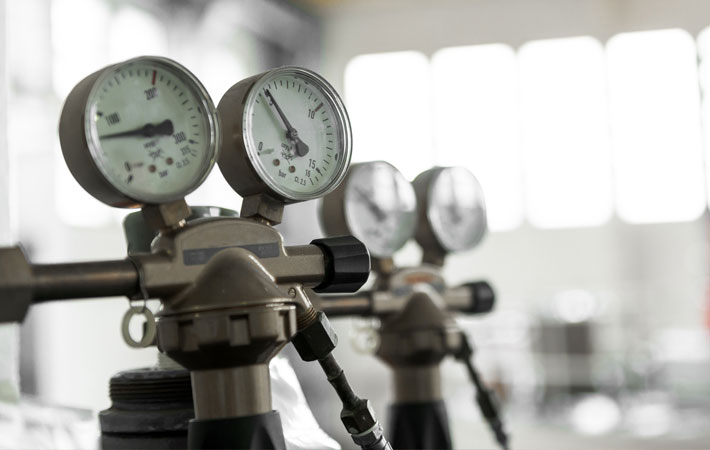 Electro-pneumatic positioners are widely used on valves throughout many industries and applications. They allow far more control over a process than manual valve operation. But they have one irritating characteristic that caused one Operations Manager to change the status quo.

During routing maintenance on the air compressor at a specialty paper manufacturing plant, a technician noticed that the compressor was wearing incredibly fast. It seemed to be starting more frequently than it should for the amount of air the facility used. He addressed it with the Operations Manager, who in turn, set out to understand why.

The Operations Manager discovered that the spool-type valve positioners they used bled air constantly, even when the process was not running. On average, the amount of air bleed was 15-17 scfh (standard cubic feet per hour). The constant loss of air caused their compressor to kick on 150 times per week. This amount of bleed did not indicate anything unusual about their valve positioners in particular, they all do that by design.

He decided to talk to his Crane Engineering valve technician about the issues he had with his positioners. His technician suggested that the manufacturer make the change to Smart Positioners. Smart positioners have multiple benefits over the traditional electro-pneumatic positioner.

Smart positioners are digital, allowing for precise control over valves. Spool-type positioners work pretty well, but they're not precise. Especially when the spool becomes dirty and begins to hunt, as we showed in a previous blog post.

In the case of our paper manufacturer, the electro-pneumatic positioners were quite accurate, but not as exact as what he needed for such a precise process. He didn't need accurate, he needed exact.

The design of Smart Positioners allows for near zero bleed. This drastically cuts down on the number of times compressors start over the course of a month.

The valves were retrofitted on-site, each one taking about an hour to convert. The results were drastic.

The compressor starts were reduced by 50%. This not only saves energy, but also drastically cuts down on maintenance, and extends the life of the compressor. Plus, with precise control over the process, the manufacturer is able to get a more reliable, high quality product from each batch.

Trouble with valve positioners? Ask us about it! We gladly provide technical assistance to businesses and municipalities in Wisconsin and Upper Michigan.