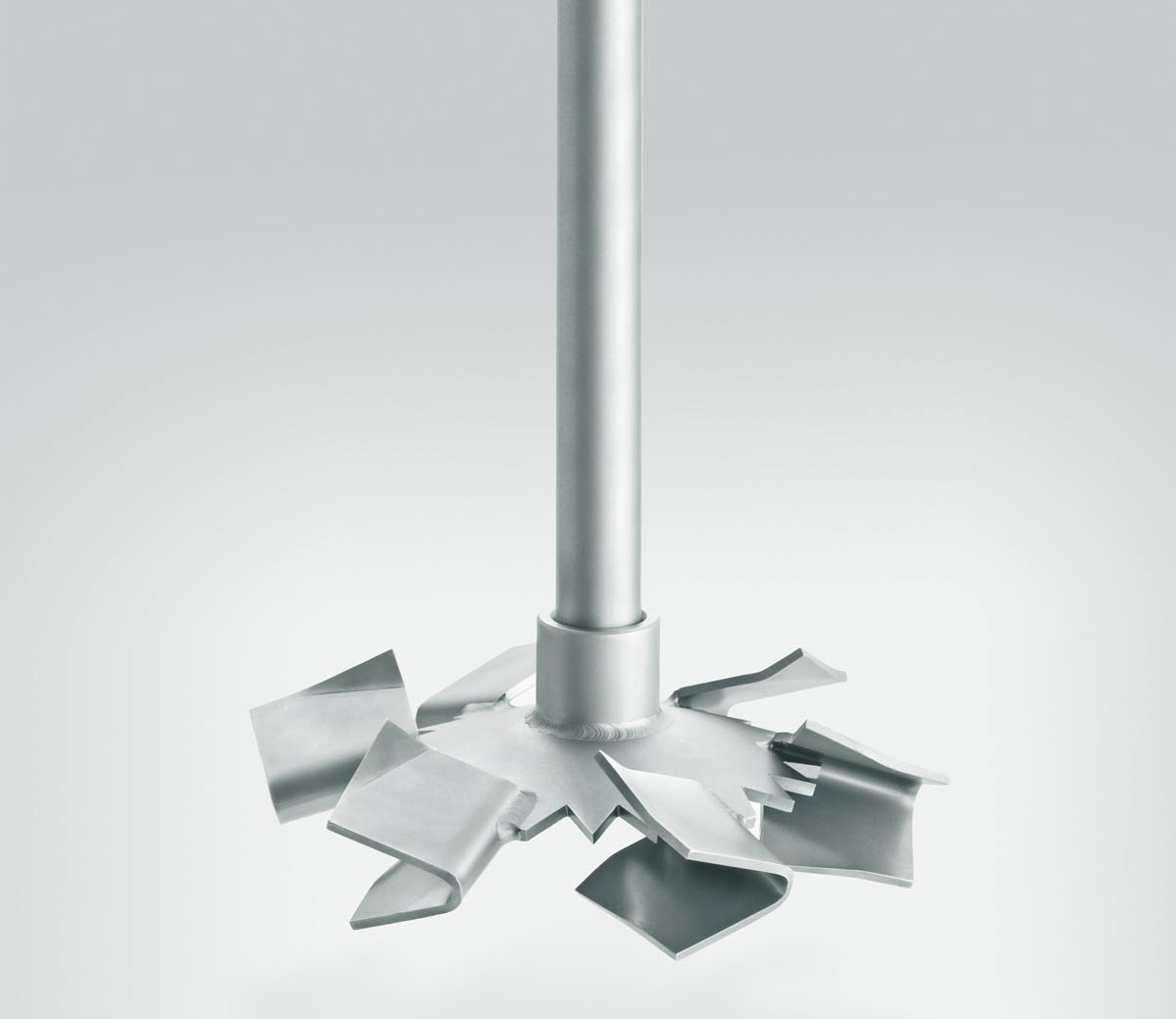 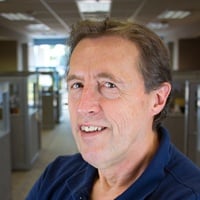 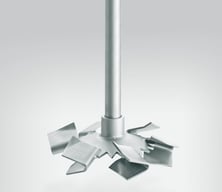 If you want more out of your industrial mixer, just speed it up, right? Not quite. If you want to change the performance of your mixer, you should start by looking at the impeller. Speeding up or slowing down the mixing speed is not the best way to improve your mixing process. In this post, we will discuss why changing your mixing impeller can enhance your mixer’s performance.

A common misconception is that speeding up the impeller will result in a better mixed product. Rotating speed is not the only variable that affects mixing performance. When modifying a mixing system, you must analyze the impeller Reynolds number (Re).

The impeller Reynolds number gives valuable insight to the degree of turbulence within the mixing regime.  Boiled down, it is a ratio comparing input forces to the viscous forces. The Reynolds number helps select the type of impeller, the correction factors for impeller horsepower, and impeller flow rates.  It also determines the relative size of the impeller compared to the mixing vessel diameter, sometimes referred to as the D/T ratio.

You can calculate your Reynolds number using this equation: 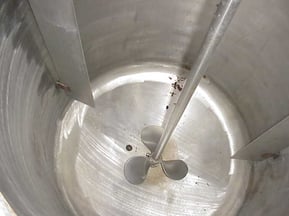 If you find out that your impeller is performing poorly, you can change the impeller diameter or the type of impeller to better suit your mixing system.  While it sounds counter intuitive, rating the performance of the mixer by observing the fluid surface offers little insight as to the overall effectiveness of the impeller(s).

Sometimes facilities have mixing systems that were initially designed for a different application than what they are currently being used for. If you re-purpose a mixer, you should re-evaluate the impeller at the same time. The mixer will likely need a new impeller that is properly sized for its new application. If you skip this step, you risk having an inefficient and ineffective mixing system.

Remember, it is not so much the speed of the impeller, but the impeller itself. Tank geometry, liquid level, viscosity and density are also important factors to consider.

Wondering if your mixer needs a new impeller? Ask us about it! We have a team of experienced engineers who are happy to provide technical assistance to businesses in Wisconsin and Upper Michigan.

Previous Story
← Ouch! 5 Tips For Avoiding Pipe Strain
Next Story
Why Ordering Direct Replacement Pumps Could Be Costing You →