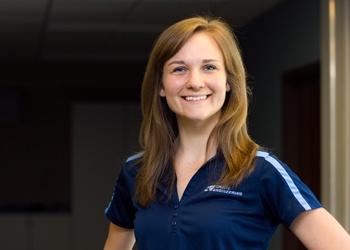 Recently, one of our engineers quoted a replacement gear pump to one of our customers. He responded, questioning if she had mistakenly reported incorrect flow rates for the pump. She had listed the flow for the pump at 107 GPM at 22 cps, and 114 GPM at 25,000 cps. Would the pump actually deliver more flow with higher viscosity? It will, and our Application Engineer, Jorie, explains why.

Slip is when product recirculates from the discharge to the suction side as it escapes through machined clearances while the pump tries to progress it forward. Slip is generally not a big issue, but can cause some annoying problems with some fluids, such as chocolate, adhesives. (You can read more about slip in a previous post, What is a Suckback on a Gear Pump?)

This illustration from Viking Pump shows how slip travels backwards through a gear pump. 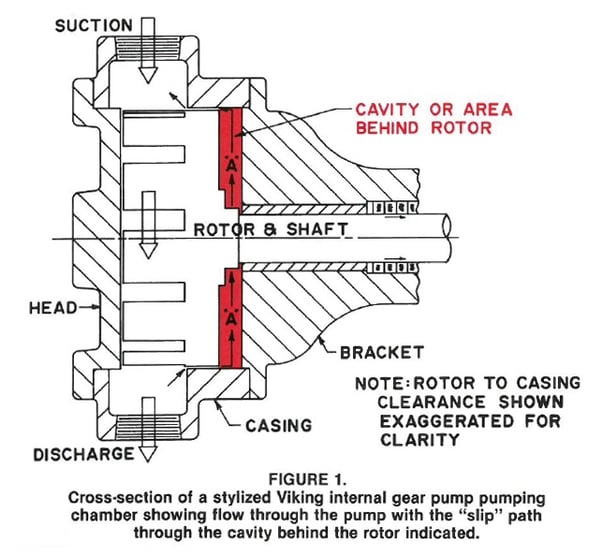 Therefore, because thin fluids slip, the efficiency of the pump decreases as less product is progressed with the forward movement, hence the lower flow rate.

To get the most efficient performance from your gear pump, ensure the pump is properly sized for your application, the clearances are properly set for the fluid’s viscosity, and the discharge pressure is low enough that it won’t force fluid back into the pump.

Think your gear pump could be more efficient? Ask us about it! We gladly provide technical assistance to businesses and municipalities in Wisconsin and upper Michigan.