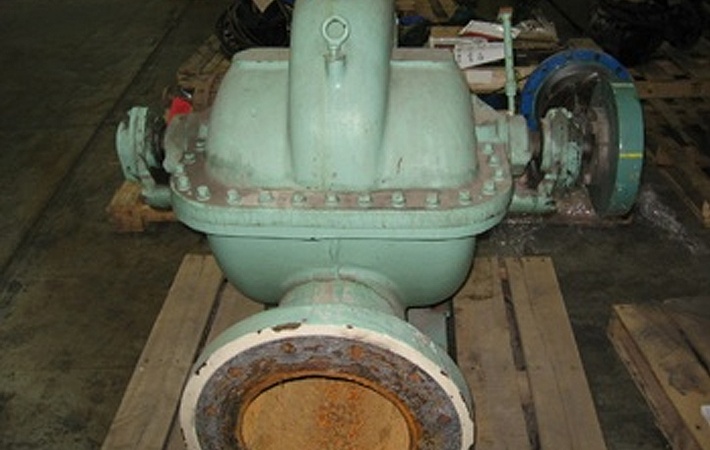 Lost Split Case Pump Efficiency? It Could be Rust Tubercles 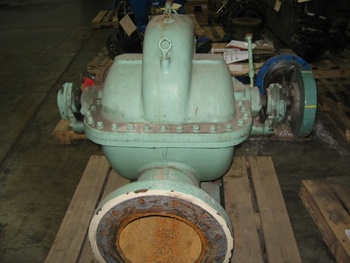 When the pump arrives at the repair shop, a service technician opens it up and sees much of what he would expect to see. Worn gaskets, bearings, sleeves, but he also sees something else. A lot of corrosion and rust tuberculation.

Tuberculation is a crusty rust coating that grows inside pumps and unlined piping systems. It reduces the hydraulic capacity of pipes and is exacerbated in pumps due to tighter clearances as they enter pumps like double suction split case pumps.

For many years, it has been industry standard that pipes used for municipal water distribution be coated with a cement lining to prevent corrosion and tuberculation build up. However, no standard exists for pumps.

DOES THE COATING MAKE THAT BIG OF A DIFFERENCE? 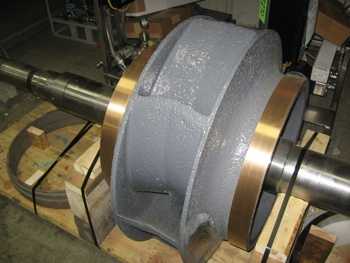 Pumps and Systems published a case study in 2008, detailing the challenges experienced by the Monroe County Water Authority in Rochester, New York. The MCWA discovered they had many discrepancies in their pumps between the OEM pump curve, and actual performance in the field.

They performed a series of tests and trials, ultimately determining that mechanical restoration alone only restored about half of the performance and efficiency lost. They found that by adding sandblasting of the rust tubercles and coating the pump would restore the other half, putting the pump back at original OEM performance.

TO COAT, OR NOT TO COAT 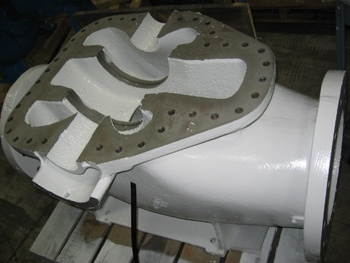 Given the importance of the pump, and its potential for increased efficiency, the service technician suggested not only mechanically refurbishing the pump, but also sandblasting and coating the inside of the pump to remove the tuberculation, and prevent it from coming back. The maintenance manager from the power plant agreed.

With both the mechanical refurbishment and the sandblasting and coating, the power plant returned the split case pump to service with “like-new” performance, and the expectation of a longer life as the coating installed will protect it from further corrosion and rust tuberculation.

Lost performance in your pumps? Ask us about it! We gladly provide technical assistance to businesses in Wisconsin and upper Michigan.