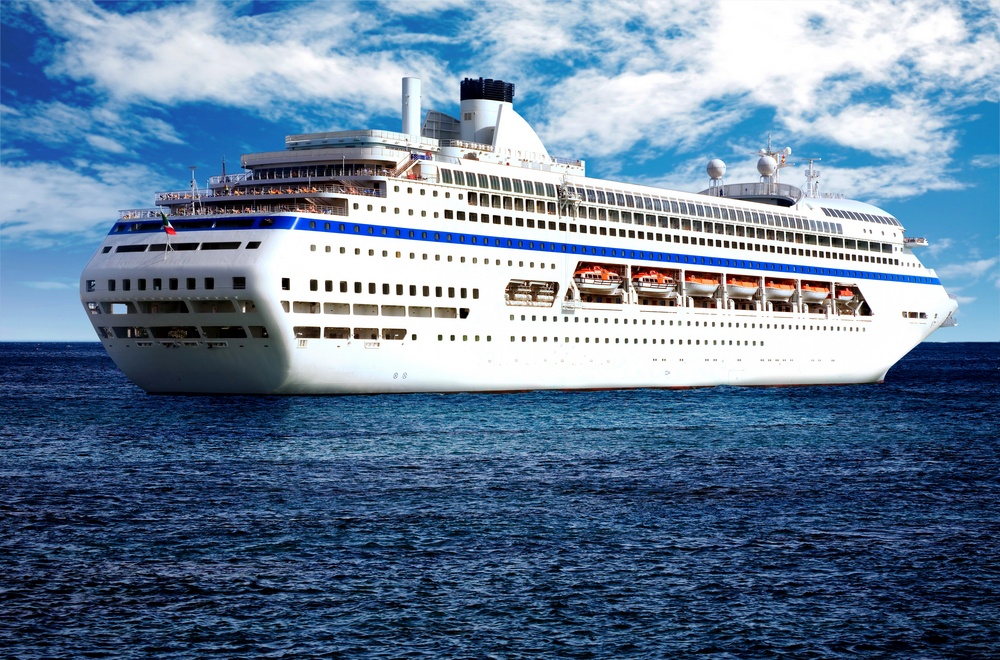 Ships contain an intertwining maze of hydraulic and water pipes. Constructing these massive machines takes months of planning, and thousands of feet of piping. Piping is welded into place, and with each weld, a tiny amount of slag is left inside. In a hydraulic system as colossal as a combat ship or even a car ferry, it takes only a small piece of slag to clog an orifice and leave the vessel dead in the water.

Ship manufacturers must ensure that all lines are clear of slag and debris before vessels are put into service. For one shipbuilder, that process took an incredibly long time. Fluid flushed the lines, then through a filter before returning to the tank. Workers would check the filter, and flush again if particles were visible.

Flushing skid not keeping up? Ask our OptiFlow Team about it.

The process took months to complete. Instead of flushing the system once or twice, it was flushed many times to be certain pipes were completely clear.

These systems were also very operator intensive. They required supervision 24/7 so someone could check temperatures and flows.

A tremendous amount of time and money was being wasted with inefficient flushing skids. The shipbuilder called on Crane Engineering to investigate better options.

A Crane Engineering fluid sales engineer evaluated the current system to understand why it wasn't meeting expectations. The main issue discovered was the skids' flushing velocities.

"Carrying velocity", or the required velocity to keep solids in suspension, is dependent upon the type of solids being flushed. For instance, fluids with fine solids may only need a flushing velocity of 3-5 ft/sec, while heavier solids can require upwards of 14 ft/sec. At this speed, particles do not have the opportunity to hang up on elbows or other areas inside the pipes.

The manufacturer's current system was flushing at well below the required carrying velocity of about 12 ft/sec.

It wasn't as simple as cranking up the motor speed on their current system to meet carrying velocity, however. When flushing at higher velocities, friction loss increases, and more heat is generated. Why is that a problem? A couple of reasons. In this type of system, the water could be hot enough to boil. If a pipe springs a leak, those working inside the vessel could be badly burned. The shipbuilder also had customers who required the lines be flushed at a specific temperature (140 - 180F). The systems they used were unable to maintain temperature and meet specifications.

The shipbuilder had additional issues with their current systems. They had to be housed inside the vessels because they didn't work well when the weather was cold. They also got beat up with all the moving around.

After reviewing all the specifications, Crane's OptiFlow team got to work. First, they wanted make sure the entire system could fit inside an enclosure. This would help protect the system during moves, allow it to be lifted with a crane. The enclosure was also heated and cooled to ensure equipment was operated at optimal temperature year round. The enclosure also included a modular power plug on the outside of the unit so it would not need to be rewired for each vessel.

Previously, when determining if the piping system needed additional flushing, operators would check the filter for particles. This was a pretty qualitative determination. For the new system, a particle counter was added, telling the operator how many ppm of contaminants were in the streams coming back to the skid.

The new skid had to be much faster at flushing the piping. The old flushing skid system had one outlet, the new system had 4, enabling the ship builder to flush four times as many routes as before.

The new system used VFDs, flow meters and controls to control flows, monitor temperatures and levels in the system so operators were not required to babysit it 24/7.

It took about 20 weeks to design and build the new system, but it was well worth the wait. After implementing the new flushing skid, the manufacturer reports they were able to cut their flushing time by about 50%. With a few process changes, they hope to be able to reduce that time even further, targeting 25% of the time it took with the old system.

If your old flushing skid takes too long, does a bad job, or both, it might be time for an upgrade. Talk to an experienced skid system builder about new technology available, and how it could shave time off your process.

Flushing skid flushing time down the drain? Ask us about it! We have experience designing custom systems for many flushing applications.