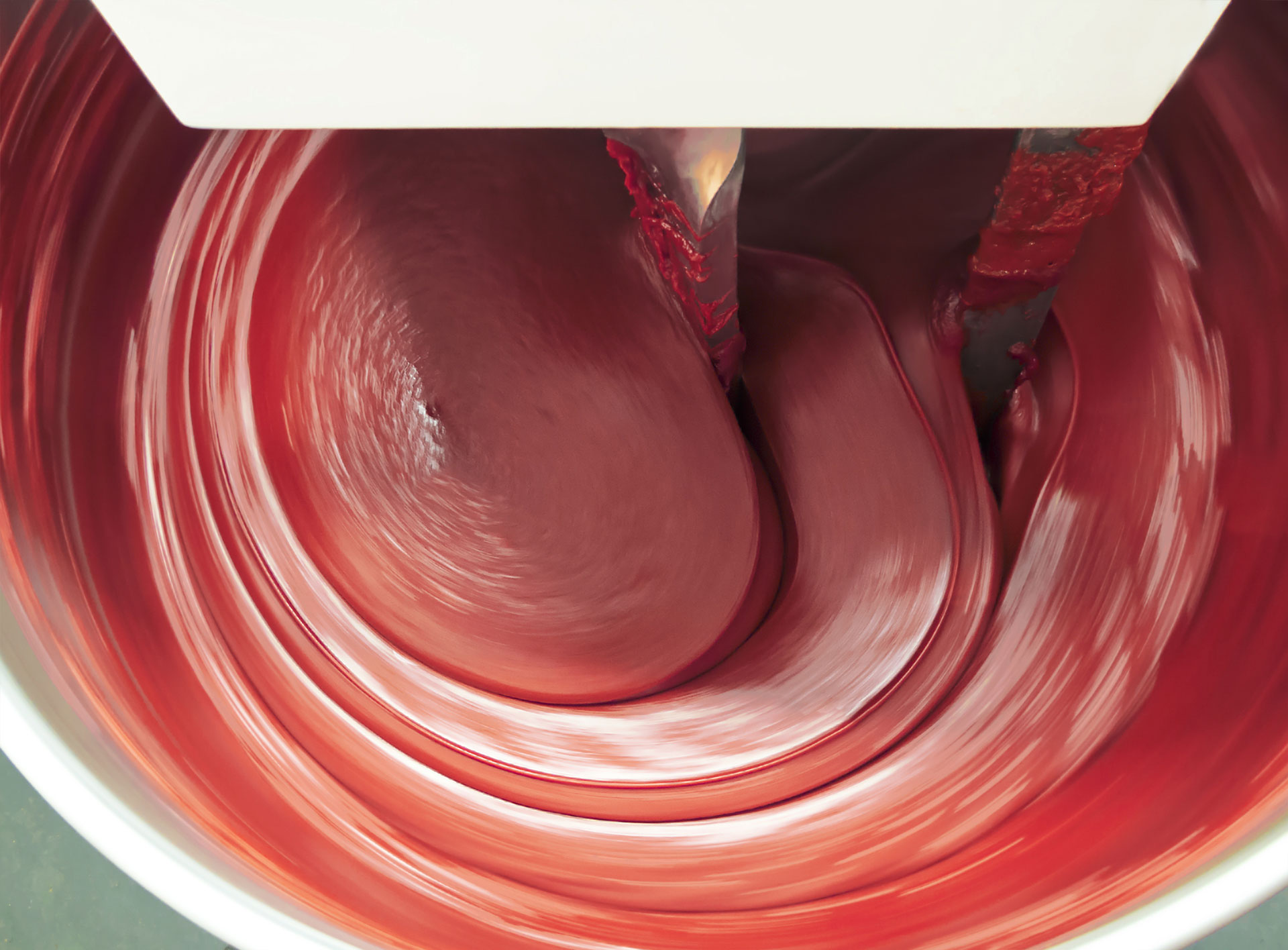 How A Chemical Manufacturer Fixed A Mixing Bottleneck 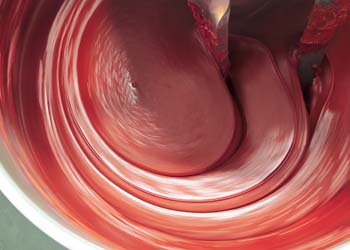 Time to shut the pump down and let the mixer catch up.

At this chemical manufacturer, slurry in a tank started the process, with raw materials added at a monitored speed. The slurry continued to thicken as more raw materials were added. However, if the addition of raw materials wasn't stopped during the last part of the blending process, the chemicals in the tank become much too thick. In order to finish the batch, the transfer pump for the raw materials had to be shut down, and the operator had to wait 5-10 minutes for the mixer to catch up and thin out the product. The rest of the raw materials could then be added to the batch. Even though the operator waited for the mixer to blend the chemicals, they still experienced product consistency issues, resulting in chemical that was too thick, or clumped.

Project Engineers at the manufacturer took a closer look at the mixer inside the tank. The agitator was a sweep style that mainly just kept product off the sides of the tank and gave the chemical a very gentle mixing. “Truthfully,” said one of the engineers, “It didn’t do much mixing at all.” 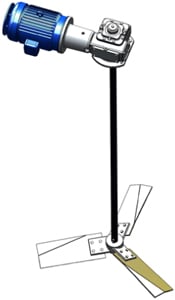 Since the manufacturer worked with Crane Engineering on several other projects, they decided to give their account manager, Kurt Schwei, a call to weigh in on the problem. Schwei could see that the agitator was in need of an upgrade, but understood that this was no simple replacement. There was a homogenizer unit in the tank that needed to be accounted for and its functionality needed to be maintained.

Schwei worked with his inside application engineer, as well as a well-known mixer manufacturer, Cleveland Mixer, to find the best solution. A model of the tank was created, including the homogenizer unit, to ensure the right mix would be achieved.

It took about a week for the new mixer to be installed and production to be running again. Since the new mixer was installed, product consistency has improved, and the 5-10 minute break has disappeared. In fact, the manufacturer reports 20 minutes have been cut off the batch cycle time with the new mixer and a new tank.

Not only has the manufacturer experienced a time savings, but energy savings as well. The motor on the new mixer is about half the horsepower of the original agitator, and they were able to remove an additional side mixer from the process as well.

Is it time to re-evaluate the mixing bottleneck in your process? Talk to an engineer experienced in a variety mixing and blending applications. They can help you select the right technology to save the most time possible in your batch processing.