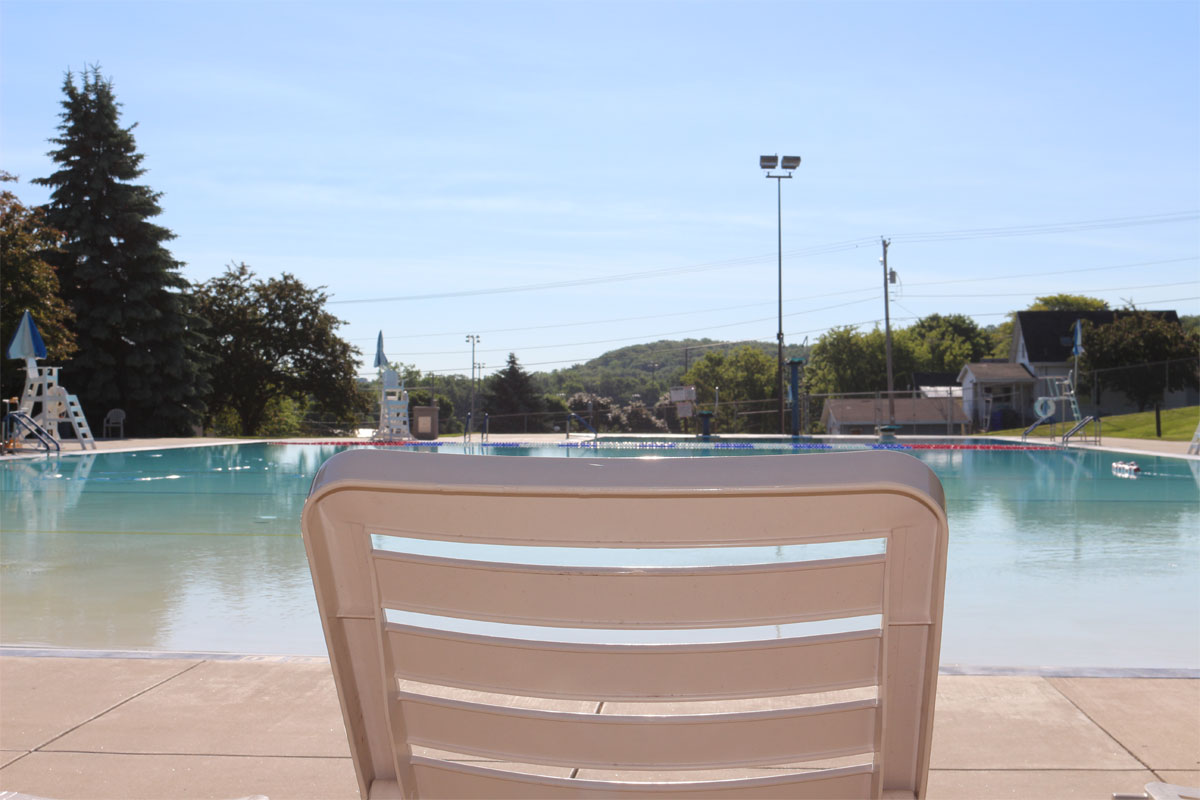 The Facility Operator at the Kaukauna Aquatic Center expects to lose some water every day. Whether it's splashing or evaporation, on a typical day over the last few years, 10,000 gallons of water per day was lost. But as years passed, the number of gallons lost increased dramatically. In August of 2014, water loss topped 60,000 gallons of water per day. The pool was leaking money, costing the city thousands not only in water, but also in chemical treatment, filtering, and sewer tax paid on the water.

It was time to find out where the losses were occuring, and fix them for good. Bud Gadow is a retired fireman, but has been working with the city of Kaukauna since 1979. He holds both a Certified Pool Operator (CPO) certificate and an Aquatic Facility Operator (AFO) certificate which allow him to oversee maintenance and operations at the Kaukauna Municipal Pool.

Gadow knew before August 2014 that the pool was leaking water through expansion joints in the bottom of the pool. A contractor was called in and proposed caulking the joints. They did, however, the following summer, swimmers periodically brought up pieces of caulk that was easily breaking off from the pool floor. It was clear the caulk was not a long-term solution.

Keith Den Ruyter recommended a synthetic material that would bond to the concrete, providing a much stronger expansion joint. To protect from future corrosion and deterioration, they also applied a primer and epoxy coating to the pool surface. The application would minimize the effect corrosive chemicals and fluctuating temperatures had on a fully functional and efficient pool system.

Coating a swimming pool with epoxy does not come without its challenges. In order to ensure the mechanical parts of the pool functioned properly, the installation crew had to isolate and protect 72 discharge ports. According to Gadow, the installers adapted well to the application, and was impressed by the attention to detail, and quality of the install.

The results were so drastic, Gadow had the water meter tested to ensure it was accurate (it was). The repair had well exceeded his expectations.

The Kaukauna Aquatic Center saved over 2.2 million gallons of water. The savings from not purchasing, treating, filtering, or paying sewer tax on the water meant the project paid for itself after just one year.

Throughout the project, the pool did not shut down since the work was completed in the off-season.

Bud Gadow continues to use Crane for various projects and plans on using Crane’s many resources in the future.

Is your municipal pool losing too much water? Now's the time to do something about it. Ask us about it! We gladly provide technical assistance to municipalities in Wisconsin and upper Michigan.