Dealing With Old Lift Stations That Are Barely Stayin’ Alive 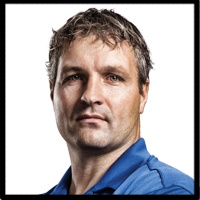 As infrastructure continues to age, stories like this one become more common. A municipality in the Upper Peninsula of Michigan was faced with aging dry pit underground can-style lift stations that were no longer performing efficiently. The stations had worn pumps that were unable to pump at their designed capacity, all while the area around them was growing and increasing demands. Something needed to be done, but should the city simply rebuild the stations, or completely replace them?

The stations were installed in the 1970’s. Not only were they aged, but they posed some threats to worker safety. Due to their design, the stations were classified as “confined spaces”. Daily checks were inefficient because they were time consuming and required multiple employees to ensure tasks were completed safely. There was also no way to validate the integrity of the steel structure.  Therefore, they decided to completely replace the stations with a more operator-friendly, safe solution. The municipality chose the Gorman-Rupp Above Ground Submersible Valve Package (ASVP) as a replacement solution. These new stations virtually eliminate the need for employees to enter dangerous confined space conditions and also provide pumping capacity that meets current and future demands. This solution also allows just one employee to perform routine checks and maintenance on the lift stations.

The project was bid and the bids came in at more than $100,000 over budget. How would they get the equipment they needed, without exceeding the budget and having to find additional funding? The city talked with Crane Engineering and came up with a solution. Lift station rehabilitation is nothing new to Crane Engineering. Our project managers and engineers have more than 20 years of experience coordinating outside contractors, and have completed many of these types of projects in the past. The decision was made to have Crane Engineering be the general contractor on the project.  All the subcontractors utilized were local contractors.

As a result, the project came in more than $20,000 under their original budget and about $120,000 less than the traditional project bid.

The replacement of the lift stations weren’t without challenges.

Each of the new ASVP’s were placed and functional from dawn to dusk.

The decision to replace versus rebuild brought together a number of ancillary benefits, beyond better performance and safety for workers. The city staff was involved in the entire process, so a great deal of knowledge was transferred from Crane Engineering’s wastewater team to the employees. They now have a better understanding of how the system works. They also have better records of pipe and fitting locations, should they be needed in the future. Have a lift station that needs some TLC? Ask us about it! We gladly provide technical assistance to businesses and municipalities in Wisconsin and the Upper Peninsula of Michigan.